Acknowledging the inevitable, Toshiba has withdrawn from the next-generation DVD race. Avoiding a protracted fight is probably a good thing…no sense in waging a war that they are almost certain to loose. The parallels drawn between the DVD format war and the VHS Betamax war of the late 70s are striking. This time Sony is coming out on top and their Blu-ray format appears destined to be the defacto standard for high-definition DVD recordings. While the VHS Betamax battle was largely won/lost over recording time and cost, this battle appears to be more about film studio and retail buy-in. Blu-ray was able to secure commitments from many of the leading Hollywood studios. In addition, retail and distribution outlets like Walmart and Netflix jumped on board the Blu-ray train. If you’ve been waiting for the other shoe to drop before buying a DVD recorder/player…it looks like you now have one more consumer electronic gadget on which to spend your “economic stimulus” check!

The State of Colorado just shelved legislation that would have restricted robocalls. SB-146, which would have banned most robocalls in Colorado, was killed in committee but may be resurrected next year. In case you haven’t had the pleasure of experiencing a robocall first hand, they are the computer generated phone calls that typically are used to conduct surveys and polls, or to disseminate a political message (often attempting to sound like a poll). And robocalls, like email spam, are cheap. According to USA Today, “A robo-calling operation may consist of little more than a personal computer hooked to a DS3 telephone line, which can make 672 calls simultaneously and costs less than $100 per month.”

If you are registered with the “Do Not Call” list you are already protected from commercial phone solicitations, be they made by a person or a computer. But robocalls for non-commercial messages are different…currently there is no opt-out mechanism. In the last couple of years about 9,000 complaints about these automated calls were logged by the office of the Colorado State Attorney General.

Critics of robocalls complain about personal privacy and the intrusive nature of phone calls that interrupt meals and family time at home. But there is another side that should be considered. Political surveys, polls, and other non-commercial messages will be severely restricted if this legislation goes through. Should the First Amendment rights of political parties, local charities, and other not-for-profit entities be curtailed in the interest of personal convenience? While it’s true that telephones have historically been for personal, not public, communication, phones today are much more than that. For now we’ve got some time to reconsider the implications of this legislative action. 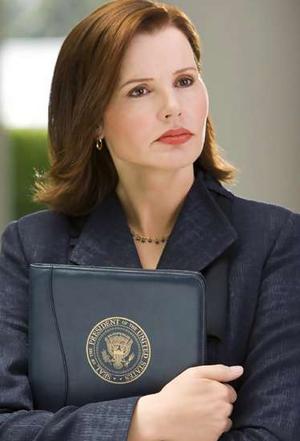 Genna Davis, the fictional first woman president of the US, is mad and she’s not going to take it any more. To the point, she’s upset about the portrayal of women on TV. Research conducted by Dr. Stacy Smith of USC’s Annenberg School for Communication, on behalf of the Geena Davis Institute on Gender in Media, found that the ratio of male to female characters in films (G, PG, PG-13, and R) is 2.71 to one. In addition–even in G-rated films–female characters were often hypersexualized and shown with unrealistic bodies in alluring apparel. Animated female characters were even more likely to demonstrate these attributes than live-action characters.

Content analysis studies such as this one are often the starting point for further research intended to explore the link between media and public health issues such as low self-esteem and distorted body image.  While the existence of unrealistic media portrayals of gender, race, age, etc. are not sufficient for cause-and-effect hypotheses, recognition that the media fun-house mirror provides a distorted view of reality is an important first step.

More information can be found at the Geena Davis Institute website. 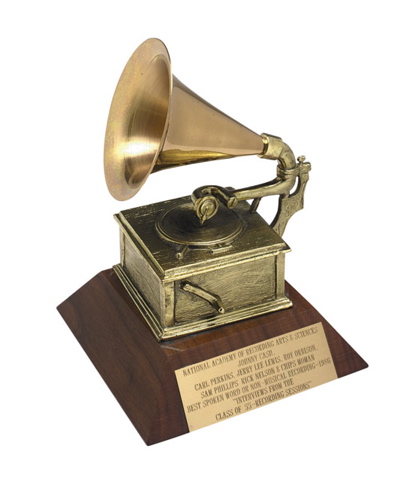 The Writers Guild strike is nearly over. A vote is scheduled for Tuesday and it appears that they will be picking up their pencils later this week. Too bad for the producers of the 50th annual Grammy Awards who, although they had brokered a deal to allow the show to proceed, clearly didn’t have the full force of the creative community at their disposal. The music industry is in trouble, and this “celebration” of talent is a sad acknowledgment of that reality. The only thing that may help the ratings this year is that the awards show didn’t have to compete against a new episode of Desperate Housewives!

Ratings Update: The Grammy Awards pulled a 6.9 rating from the 18-49 demo, sharply down from last year and one of the poorest showings ever. Adding insult to injury, the audience was not much larger than that for ABC’s Extreme Makeover: Home Edition.

News is that Yahoo! will announce tomorrow (Feb, 11) its intention to reject the $44.6 million offer by Microsoft. Yahoo may be playing tough and holding out for more dough, but it is not without risks. Microsoft could take the offer directly to shareholders who may choose to oust the Yahoo board of directors. While this setback may be seen as good news for rival Google, it is difficult to predict how this might turn out for the search leader. Certainly a merger of two former competitors into a super-competitor would spell trouble for Google…whose lead in the search advertising business is currently unquestioned. In the short term, Yahoo stock is up for now. 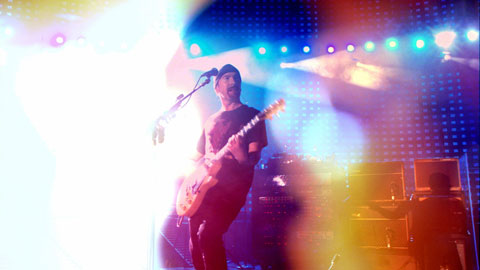 This is a quick post to let you know that I plan to go see the U23D Imax 3-D spectacle at the Cinemark Imax theater in CS this weekend. I’ll post a review after I’ve seen it, but for now, this is what the website says…

The first digital, 3D, multi-camera, real-time production, the film was brought to life by 3ality Digital, who shot over 100 hours of footage with the largest collection of 3D camera technology every used on a single project.

According to reviews, the technical achievements alone are stunning. Apparently this is the first film ever to use ALL of the world’s 3D cameras for a single project.

Okay…here’s my review: WOW! It is difficult to describe the visual impact of the 3D effects in this film. From the opening titles to the final credits, this film pulls you in and doesn’t let you go. At times you’re flying above the stage, standing next to Bono, and jumping along with the crowd. And all the while the music is pure U2…with all the energy of a live stadium crowd for extra punch. Front row seats can’t offer this kind of visual intimacy. This really is a film that any student of media should see. Of course it doesn’t hurt if you are a fan of U2. Don’t miss this one…it’s at the Cinemark IMAX theater on the northeast side of Colorado Springs.

This year’s superbowl may be the most super of them all when Nielsen tallies the numbers. The playoff games have had huge audiences, and the fact that the Pats are on a roll to a record season helps. All the spots were sold long ago at a record $2.5-3 million per. Pundits say we should expect more women-oriented spots because of the proximity to V-day. That’s no surprise as the SuperBowl has become a truly family affair and has seen its female audience grow over the years. Hopefully there will be something worth talking about around the cooler on Monday.

If you’ve ever used a prompter so that you can appear as smart and articulate on camera as your local TV anchor, you know that they are great…but not always readily available. Well, here’s the next best thing. You can turn your desktop or laptop into a makeshift prompter at this website. CuePrompter.com is a free, online app that allows you to input text and then display the scrolling text full-screen. With control over speed, direction and font size this free app is very cool. It even has a mirror image mode for those who may have the means to project the image off of angled one-way glass. But for most of us, setting up our video camera lens just to the side or above our screen–with some distance between us and the screen/lens–will provide decent results. If you’re using your video conferencing camera, e.g. iSight, you’re all set. Check it out at CuePrompter.com!

Pauline Millard at The Huffington Post has a point…the phrase new media has lost its…well, its newness. And while I’d love to be able to move on, there really are no reasonable replacements. We still need a term that allows us to differentiate between this and the “old media,” aka traditional media, aka MSM. Interactive media works, but is rather clunky. But perhaps the best argument for “new media” is that it can morph over time, keeping up with the latest and greatest changes and never getting locked into a particular technology or point in time. New media is always new, and it can be used to describe the vanguard of the media revolution. Until we can come up with something better, new media works for me.

I have several blogs @ blogger.com, but decided to give it a go on WordPress.com. I’m not sure what I’ll use this blog for, but time will tell.